While preparing to renew my RHCE I just noticed that the grading script for the review-roles lab is broken ( see the screenshot attached). I had a look at the grading script and it seems that the function which checks the remote_user, become_user si become_method if looking in the directory specified by the workdir variable.The previous function, which checks the existance of the ansible.cfg is lookin in the directory specified by the labdir  variable. I've tried updating the script with labdir  variable and it works. 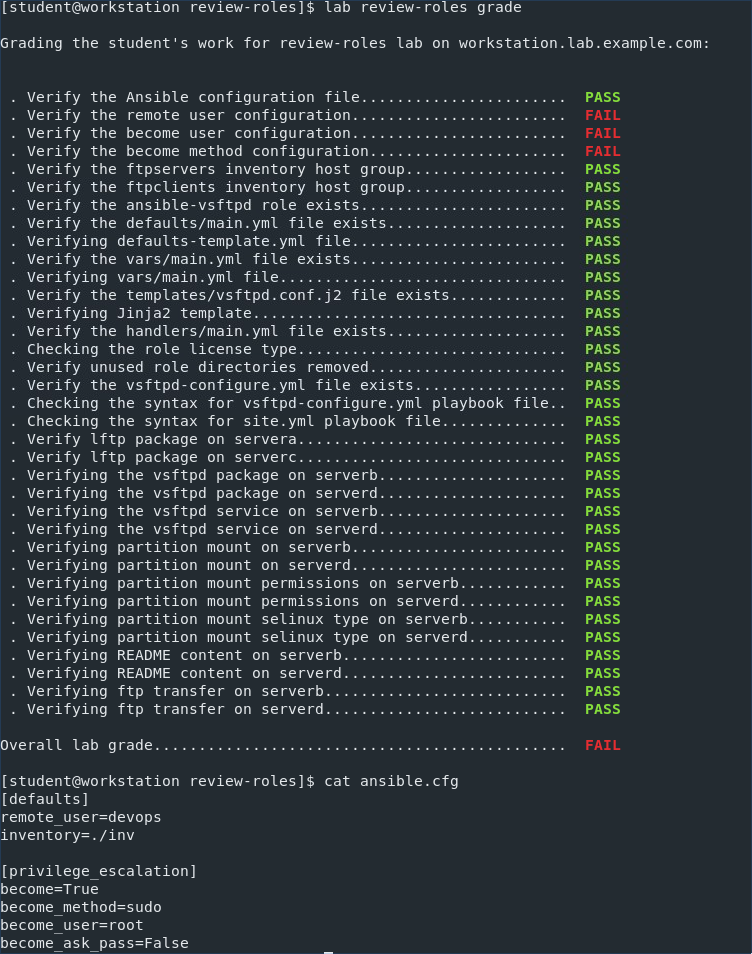